On September 22, 2021, the FDA amended the emergency use authorizations (EUA) for the Pfizer-BioNTech COVID19 Vaccine to allow for a single booster dose (i.e., a third dose) to be administered to select populations at least 6 months after completion of a Pfizer primary series.

Individuals who SHOULD get the booster
CDC recommends that the following groups should receive a booster shot of Pfizer-BioNTech’s COVID-19 Vaccine at least 6 months after completing their Pfizer-BioNTech primary series (i.e., the first 2 doses of a COVID-19 vaccine):

Individuals who MAY get the booster
CDC also recommends that the following groups may receive a booster shot of Pfizer-BioNTech’s COVID-19 Vaccine at least 6 months after completing their Pfizer-BioNTech primary series, based on their individual benefits and risks:

Am I eligible for a booster?

Answer the questions below to determine whether you are eligible for a booster.

At this time, the Pfizer vaccine is the only booster that has been authorized for use.

At this time, you must wait until 6 months has passed before receiving your booster.

Yes! You SHOULD get the Pfizer Booster!

CDC recommends that the following groups should receive a booster shot of Pfizer-BioNTech’s COVID-19 Vaccine at least 6 months after completing their Pfizer-BioNTech primary series (i.e., the first 2 doses of a COVID-19 vaccine):

Yes! You MAY get the Pfizer Booster!

CDC also recommends that the following groups may receive a booster shot of Pfizer-BioNTech’s COVID-19 Vaccine at least 6 months after completing their Pfizer-BioNTech primary series, based on their individual benefits and risks:

At this time, you are not eligible to receive a booster.

Frequently Asked Questions About the Booster

If we need a booster shot, does that mean that the vaccines aren’t working?

No. COVID-19 vaccines are working well to prevent severe illness, hospitalization, and death, even against the widely circulating Delta variant. However, public health experts are starting to see reduced protection, especially among certain populations, against mild and moderate disease.

What should people who received Moderna or Johnson & Johnson’s vaccine do?

The Advisory Committee on Immunization Practices (ACIP) and CDC’s recommendations are bound by what the U.S. Food and Drug Administration’s (FDA) authorization allows. At this time, the Pfizer-BioNTech booster authorization only applies to people whose primary series was Pfizer-BioNTech vaccine. People in the recommended groups who got the Moderna or J&J vaccine will likely need a booster shot. More data on the effectiveness and safety of Moderna and J&J booster shots are expected in the coming weeks. With those data in hand, CDC will keep the public informed with a timely plan for Moderna and J&J booster shots.

What are the risks to getting a booster?

Does this change the definition of “fully vaccinated” for those eligible for booster shots?

People are still considered fully vaccinated two weeks after their second dose in a 2-shot series, such as the Pfizer-BioNTech or Moderna vaccines, or two weeks after a single-dose vaccine, such as the J&J/Janssen vaccine. This definition applies to all people, including those who receive an additional dose as recommended for moderate to severely immunocompromised people and those who receive a booster shot.

Adults 18–49 who have underlying medical conditions are at increased risk for severe illness from COVID19, as are people 18-64 are in an occupational or institutional setting where the burden of COVID-19 infection and risk of transmission are high. However, that risk is likely not as high as it would be for adults 50 years and older who have underlying medical conditions, or people who live in long-term care settings. With the lower risk, the data do not support that everyone who falls into this group should get a booster shot. Therefore, CDC’s recommendation is not as strong for these populations, but still allows a booster shot to be available for those who would like to get one. People 18 and older who are at high risk for severe COVID-19 due to underlying medical conditions or their occupation should consider their individual risks and benefits when making the decision of whether to get a booster shot. This recommendation may change in the future as more data become available.

Will providers accept anyone who says they’re eligible to receive a booster shot? Will people need to show a doctor’s note/prescription or other documentation?

It’s important to note that individuals can self-attest (i.e. self-report that they are eligible) and receive a booster shot wherever vaccines are offered. This will help ensure there are not additional barriers to access for these select populations receiving their booster shot.

When can I get a COVID-19 vaccine booster if I am NOT in one of the recommended groups?

Additional populations may be recommended to receive a booster shot as more data becomes available. The COVID-19 vaccines approved and authorized in the United States continue to be effective at reducing risk of severe disease, hospitalization, and death. However, the virus that causes COVID-19 constantly evolves. Experts are looking at all available data to understand how well the vaccines are working for different populations. This includes looking at how new variants, like Delta, affect vaccine effectiveness.

Find a location below and register today! If these locations or times do not work for you, please view the full calendar here.

Find a location below and register today! If these locations or times do not work for you, please view the full calendar here.

I want to schedule an appointment online

To schedule an appointment online click here and find a location.

I want to schedule an appointment by phone

I want to view the vaccination event calendar

See the latest info on events happening in your area

I want to view the public dashboard

Consent forms are needed for people who are 17 years and younger.

I want to request an On-Site Vaccination Event

Businesses, organizations and event planners can use the form to request an On-Site Vaccination Event 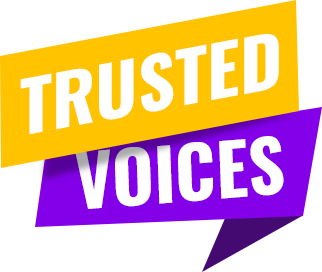 The most powerful voice against this pandemic is yours.

Your neighbors, colleagues, and friends have shared their experiences with COVID-19 and the vaccines. See what they have to say.

The Trusted Voices grassroots effort found trusted community members throughout New Mexico to share pandemic response messages with their audiences via social media. Listen to the voices of people you trust; those who understand you, your community and your lifestyle.

How does the registration process work?

Registering for the COVID-19 vaccine is easy! Follow the process and NMDOH will notify you when the vaccine is available in your community.

Do you have questions about how to register, confirmation codes, appointments and more?

Do you need additional help?

Individuals who have questions or would like support with the registration process – including New Mexicans who do not have internet access – can dial 1-855-600-3453, press option 0 for vaccine questions, and then option 3 for tech support. The call center is open every day from 8 AM to 5 PM.